The mid-career physicians were dissatisfied with the quality of a 200-physician medical group’s pension plan. The retirement committee undertook an external plan-redesign bid process to see if they could increase pre-tax contributions. Many physicians worried that the current plan did not meet their retirement security needs.

When the committee learned about the Cash Balance option, they knew they had found the answer. They added a Cash Balance plan and more than doubled tax-deferred contribution amounts for the physicians. Because these plans permit age-weighted contribution levels, contributions for doctors over 50 were increased by over 200%. Several doctors in their 50s are receiving over $200,000 each.

Non-shareholder doctors, nurse practitioners and other mid-level providers were all included in the plan at varying percentages of pay. Staff contributions went from 4% of pay to 6% of pay in order to pass IRS discrimination testing.

The retirement committee is extremely happy with the results now after having the plan for several years. Many of the doctors have seen dramatic improvement in their retirement accounts, and this outstanding plan aids in physician retention and physician satisfaction within the medical group.

*This illustration shows only the cost to the group.
Staff employees and others pay for their own 401(k) contributions.

Request a Free Cash Balance Plan Design for Your Firm 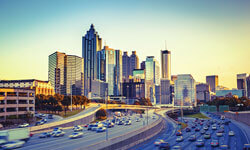